Home > McClain Insurance Blog > Uncategorized > What If I Get Pulled Over While Using My Cell Phone? 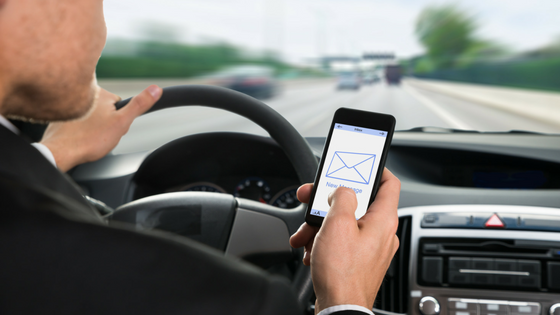 Q: What if I get pulled over while using my cell phone?

A: You’ll receive an E-DUI ticket, which can impact your insurance premium.

Washington’s Driving Under the Influence of Electronics (E-DUI) law went into effect on July 23, 2017, making it illegal for Washington drivers to use hand-held electronic devices while driving. This includes all cell phones, tablets, laptops, and video games. Washington E-DUI tickets go on your driving record and are reported to your insurance provider similar to how a speeding ticket is reported.

Although the Washington E-DUI law has been in effect for more than two years now, distracted driving is still far too common. Just today, KOMO 4 News reported that a Washington State Patrol sergeant in SeaTac found a driver playing Pokemon Go simultaneously on eight ( yes, eight!) cell phones. Thankfully no one was injured, but this isn’t always the case.

We cannot stress enough: E-DUI tickets are reported to your insurance company, just like speeding tickets. This means your car insurance premium can – and likely will – increase if you receive an E-DUI ticket.

Earlier this summer, McClain Insurance agent Ann Franklin counseled a client whose car insurance premium increased by more than $1,000 a year due to an E-DUI ticket.  This is in addition to the cost of the E-DUI ticket itself, which increases with each violation:

Why is the Washington E-DUI law necessary? According to the Washington State Traffic Safety Commission, fatalities from distracted driving increased 32% from 2014 to 2015, and one in four crashes involved cell phone use just prior to the crash. As independent insurance agents, we’ve seen a dramatic increase in claims due to distracted driving, particularly rear-end accidents. This leads to rate increases for everyone.

Here’s what you to know about Washington’s E-DUI law, which made it illegal for drivers to use cell phones and other hand-held electronic devices while driving.

No hand-held cell phone use while driving:

You CAN use your device if you are:

Regardless of how you feel about Washington’s E-DUI law, McClain Insurance hopes to keep you safe and violation-free! To that end, we are offering free air vent mounted phone holders that will help you comply with Washington state’s “one finger/one swipe” requirement. Please stop by our office in Everett, Washington, anytime to pick up as many phone cradles as needed, while supplies last. We hope that this will keep you and your family safe and compliant with Washington’s E-DUI law.

I'm a third-generation insurance agent who joined the industry in 2009 as a marketing intern for Safeco Insurance.

As our marketing director, I oversee client communications. It's my hope all our clients are informed about their insurance choices and policies.

Next Post: McClain Insurance Named Agent for the Future