Why do we say all Washington homeowners need flood insurance?

As flooding is becoming more widespread and affecting more communities, we’re recommending flood insurance for most of our clients, particularly those who live in the Pacific Northwest.

Last winter the Everett Herald reported on the increased flood risks our region is seeing, particularly after unusually dry summers and widespread wildfires. 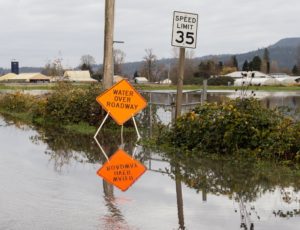 We’re also seeing increased urban flooding in recent years, affecting communities that haven’t experienced flooding in the past. As the Herald notes, localized “microbursts” can heavily impact city dwellers, who have to “cope with swamped streets and basements.”

Why invest in flood insurance?

If you’re asking yourself ‘Do I really need flood insurance?’ read on for our top 5 reasons to invest in this crucial coverage:

1. While flood insurance is mandatory in some areas, more than 40% of flood claims occur in non-mandatory flood zones.

Last year multiple floods swamped the communities of Sumas and Everson in northern Whatcom County. One of our clients had recently purchased a home in Sumas, in a non-mandatory flood zone. Despite that designation, his home was one of those impacted by the winter storms in 2021.

Floodwaters entered through his garage, damaging his vehicles, motorcycle and personal possessions. While his vehicles and motorcycle were covered under his comprehensive auto insurance, he had to pay for the other damage out of pocket. He now carries flood insurance to better protect his home and property in the future.

2. Floods in the Pacific Northwest often look different than other parts of the country.

We often see rainwater accumulate on streets when storm drains overflow, quickly proceeding on a path of destruction. 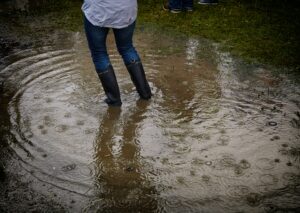 As urban homeowners, many of these residents did not have flood insurance, which could have helped them begin repairs much more quickly and with fewer out-of-pocket costs.

Flooding is a year-round risk for Washington homeowners. Take this example from a few years ago, when a Mill Creek neighborhood made nationwide news after a burst beaver dam sent water gushing through residential streets and into homes: 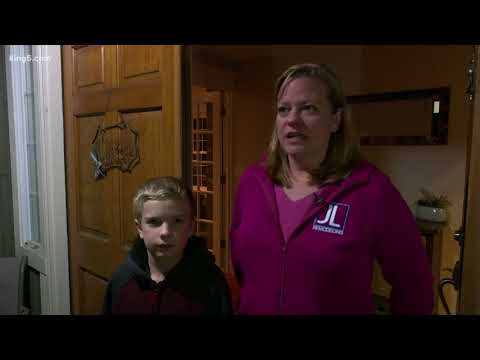 3. Flood damage can be very costly.

The average flood claim payout is $52,000. According to the Federal Emergency Management Agency (FEMA), just one inch of flood water can cause more than $25,000 in damage to your home and its contents. 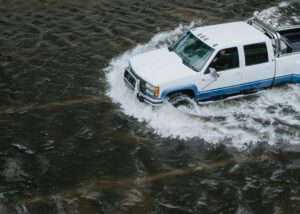 What constitutes a flood? For insurance purposes, “flood” is defined as a:

“general and temporary condition of partial or complete inundation of normally dry land areas from the overflow of inland or tidal waters; the unusual and rapid accumulation or runoff of surface waters; mudflows caused by flooding.”

As you’ve seen above, many “floods” in western Washington fit the second description and would not be covered under homeowners insurance.

No matter how a flood occurs, if you don’t have flood insurance, you will be responsible for covering your flood losses out of pocket. Federal disaster assistance, which comes in the form of a low-interest FEMA loan, is only available if the flooded area is declared a natural disaster. Most floods aren’t.

5. Flood insurance rates vary by location and can provide a huge value for a relatively low investment.

Many of our clients pay between $400 and $500 per year. This protection can be the difference between recovery and financial collapse after a flood event.

We can help you better protect your home in the event of a flood. Reach out to our flood specialist, Dova Smith, or just fill out our online quote form. Dova will respond promptly with a proposal customized to your home.

As a Certified Insurance Counselor and licensed insurance agent, I get to know people and their families and coach them through their changing insurance needs.

Outside the office, my life revolves around my family. We love crabbing in Puget Sound, running, skiing, and hiking, and we are die-hard Seattle Mariners fans. Go M's!